Can The Teeth Holding Your Dental Bridge Become Damaged?

You made the right choice by replacing your consecutive missing teeth with a dental bridge. However, just like with your natural teeth, it’s important to properly maintain your restoration to extend its lifespan keep your oral health on track. Without regular care, it’s possible for your existing teeth that are anchoring your bridge in place to fail due to being affected by common oral health problems like cavities and gum disease. Read on to learn what could cause your bridge to fail and when to know you need to see an emergency dentist in Longview.

END_OF_DOCUMENT_TOKEN_TO_BE_REPLACED
Comments Off on Can The Teeth Holding Your Dental Bridge Become Damaged?

The Healthiest New Year’s Resolution You Can Make

During this time of new year’s resolutions, you may be making goals that better your overall health. However, most of these resolutions have nothing to do with your smile, which is an incredibly important part of your body and life. If you’re looking to have your healthiest year yet, don’t forget about your oral health! Make a pledge to attend a dental checkup and teeth cleaning in Longview at least twice a year for a beautiful and shining smile! Keep reading to learn why these routine visits are important along with some other oral healthcare tips.

Been A While Since Your Last Checkup? It Could Be Costing You

Do you ever hear a nagging voice in the back of your mind telling you that you’re forgetting something? If that ‘something’ is scheduling a dental checkup in Longview, you should definitely listen! It’s common for people to let these visits go, but you would be surprised at how that can cost you in the long-run. In honor of National Dental Hygiene Month, keep reading to learn how routine dental appointments are more than just a teeth cleaning. You never know – you might just find the motivation you need to schedule that overdue checkup!

END_OF_DOCUMENT_TOKEN_TO_BE_REPLACED
Comments Off on Been A While Since Your Last Checkup? It Could Be Costing You

Filed under: Uncategorized — longviewdentalcenter @ 1:48 am

April is all about enjoying the end of winter and the arrival of spring. While you’re savoring the return of warmer weather, take some time to get an oral cancer screening in Longview. Oral cancer screenings only take a few minutes. But the benefits can last for a lifetime.

Make February Your Month for Gum Disease Treatment in Longview 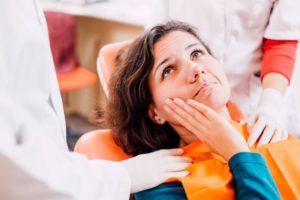 February is the perfect time to see your dentist about gum disease treatment in Longview. Today’s dentists have more ways to treat gum disease than ever before, including anti-germ mouthwashes, scaling and root planing techniques, and dental implants for tooth replacement. There’s no need to suffer in silence when help is available.

END_OF_DOCUMENT_TOKEN_TO_BE_REPLACED

Can Teeth Whitening in Longview Restore Your Smile?

END_OF_DOCUMENT_TOKEN_TO_BE_REPLACED

Comments Off on Can Teeth Whitening in Longview Restore Your Smile? 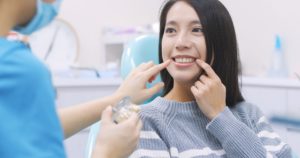 2018 will soon be history. There’s no better time than now to make an appointment with your dentist in Longview for a routine checkup and cleaning. Otherwise, you risk not only paying for needless benefits but also getting sidelined by an unexpected toothache.

END_OF_DOCUMENT_TOKEN_TO_BE_REPLACED

Visit Your Dentist in Longview for More Than Just a Nice Smile!

Filed under: Uncategorized — longviewdentalcenter @ 11:55 am

When you think of visiting your dentist in Longview for preventive care, you may envision getting your teeth cleaned and leaving the office with a better-looking smile. While that can certainly happen at a dental checkup, there is so much more that these appointments have to offer. As you read on, your local professional will explain what else transpires at these visits and why it’s so important for you to maintain them.

END_OF_DOCUMENT_TOKEN_TO_BE_REPLACED

Comments Off on Visit Your Dentist in Longview for More Than Just a Nice Smile!

There are lots of reasons why people don’t sleep well: a late night at work, cable television, the allure of social media and a new baby to name only a few. For some people, however, sleepless nights are because of a sleep disorder, the most common of which is sleep apnea. Some 20 million American adults have sleep apnea and an estimated 80 percent of those are not diagnosed. Unfortunately, sleep loss isn’t the only problem—there are several general health consequences. Fortunately, treating sleep apnea in Longview can be rather convenient with a custom-fitted oral appliance. Read on to learn more about sleep apnea, the symptoms and consequences and the treatment.

END_OF_DOCUMENT_TOKEN_TO_BE_REPLACED

Comments Off on Treating Sleep Apnea in Longview

Get Royal Oral Health with a Dental Crown of Longview 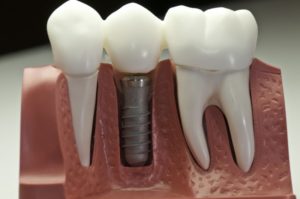 You’ve decided to make this your year to regain focus on your oral health. Therefore, you’re making room in your schedule to get in to visit your dentist. And this will be your chance to undergo the dental crown of Longview procedure that he advised you to have at the end of last year. You know you’ve procrastinated, but you’re hoping that there’s still time to salvage your tooth. Learn more about how the dental crown procedure works and why it’s beneficial for you to act on it.